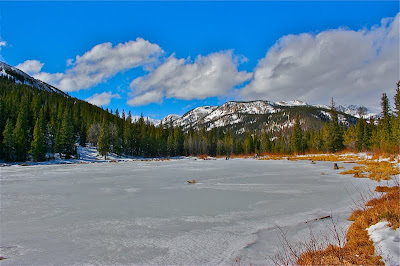 Lost Lake
Lost Lake is a popular, close to Denver, snowshoe that won't take you all day to get to or to complete. The route can be confusing, however, because all the guide books indicate that it is six miles but when you look on a map you see that it is only 2 miles round trip from the official trail head. This confusion results from the fact that they do not plow the road past the town of Eldora and the winter route is measured from the berm where the plows stop. Some brave folks drove over this berm, but we decided to park in the plowed zone. 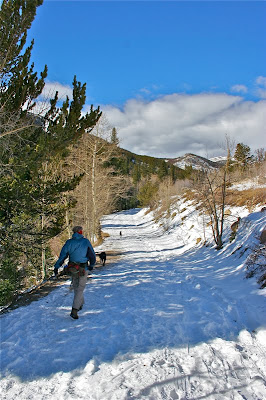 Just past the berm, heading up the road to Hessie 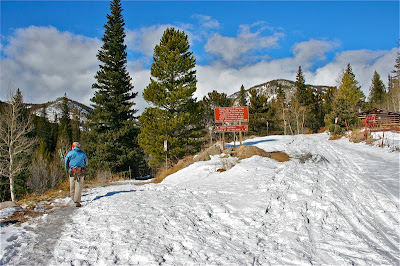 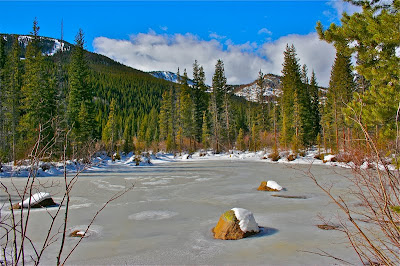 A small lake that the summer road would normally pass 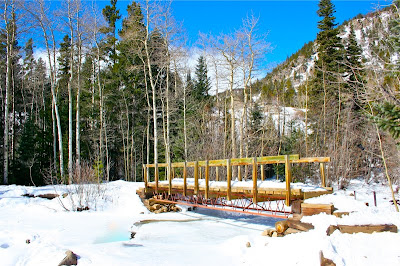 One of several bridges. This is the most obvious one.

There is a half mile stretch before the summer trail head when the route leaves the road and travels through the woods. This is to avoid a large frozen expanse of water. In snow, I could not tell in what direction the road itself goes. 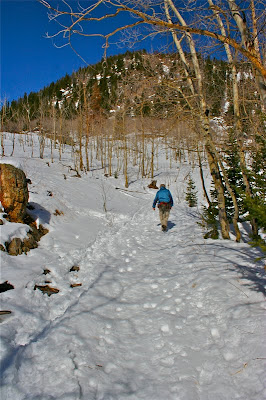 The beginning of the scenic switchback

The most scenic portion of the trail is a large switchback that passes a just visible cabin. The hillside that the road traverses has nice views of the surrounding valley. The remainder of the trail is surrounded by trees with occasional open vistas. 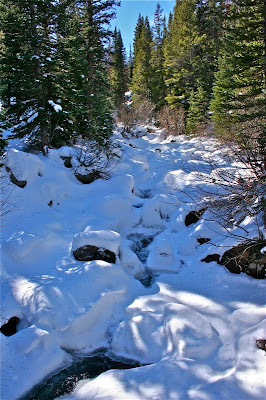 The lake itself is very scenic. Large boulders dot the edges, which add foreground contrast to the photographs. Large peaks dominate the northern view and can be reflected in the water at certain times of the day and warmer times of the year. 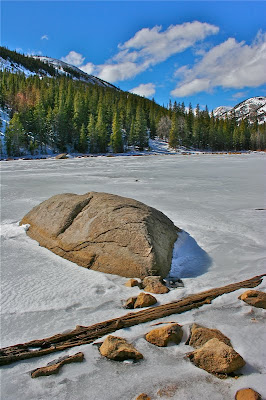 This boulder could have seated four people easily. There are also boulders closer to shore.
The downside to any snowshoeing on the eastern side of the divide is the wild down sloping wind. If you are not prepared, the wind can freeze the eyeballs in your head. I bought ski goggles to prevent this phenomenon but fortunately did not need them this day. A thermos of hot chocolate or tea is also a necessity in this area. The winds can come up suddenly too, so don't be fooled by the benign stillness, be prepared. 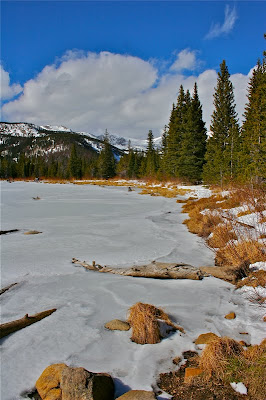 Looking down the lake from the direction we came
This was my first time at Lost Lake and while it is not the prettiest routes I have ever taken (those are in Summit County), it is close, which sometimes is the most important thing. 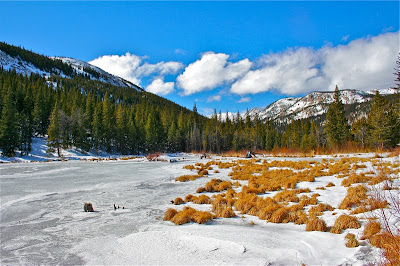 Lisa (Mountain Photog) said…
Beautiful photos! That first one looks as though the clouds were painted in. Reminds me of a Maxfield Parish day. Don't you just love Colorado?? :) I love the shot with the log and boulder in the foreground as well--very nice composition.

You're right, Summit County is hard to beat for scenery (San Juans, too) but there are very few ugly places in Colorado.

once the road is plowed a small car would definitely make it. No worse than any city street after a snow. If you are uncomfortable, park slightly farther away in the town and don't go after a major dumper. 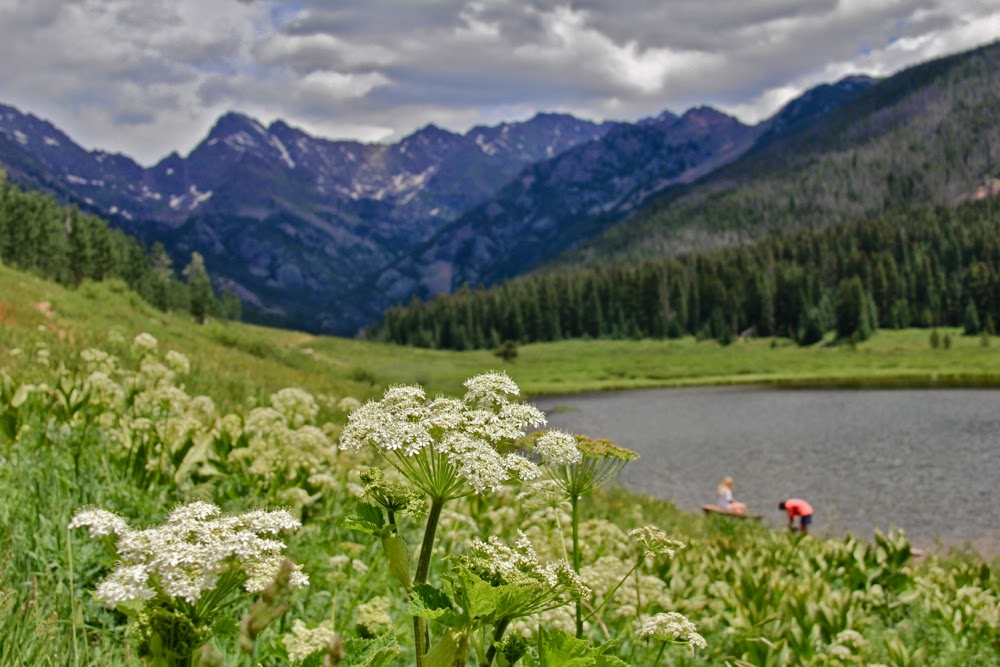 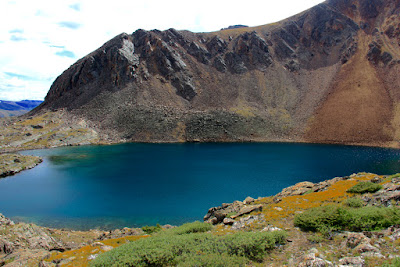